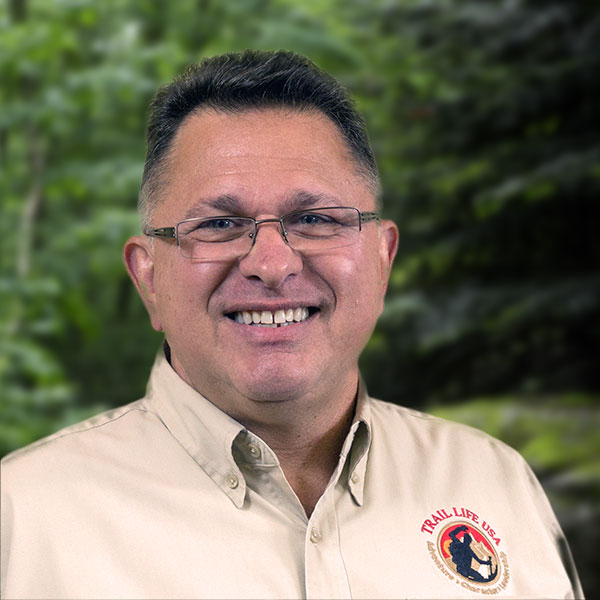 John Stemberger is an Eagle Scout, a former Scoutmaster, and a Vigil Honor member of the Order of the Arrow. He was the founder of On My Honor movement and became the founding Chairman of the Board for Trail Life USA in 2013.

Professionally, John is an AV Rated Orlando attorney with a civil trial and business law private practice who has also been a marriage and family advocate for over 30 years. As a native Floridian, he attended Florida State University where he studied political science and philosophy before obtaining a Juris Doctorate of Law at the Cumberland School of Law at Samford University. In 1987, he founded the Institute for Conservative Studies (ICS), a permanent student led think-tank at Florida State University.

After legislative internships in both the Florida House and Senate, Stemberger worked with attorney Ken Connor in Tallahassee for several years and then served as the lobbyist for Florida Right to Life with Connor in 1989. Stemberger has a unique understanding of law, government, and the media from his extensive political background having served as a consultant to state, federal, and presidential campaigns. In 1992, he was appointed as the Political Director of the Republican Party of Florida during the final campaign of former President George H. W. Bush. Stemberger has been quoted in news and media sources hundreds of times as an expert on marriage, family, culture, and politics including in the New York Times, Wall Street Journal, Time, The Economist, and National Public Radio. His legal, political and non-profit advocacy work has appeared on ABC News Nightline, Fox News, C-SPAN, MSNBC, and Court TV. Starting in 2001, Florida Governor Jeb Bush twice appointed Stemberger to the Judicial Nominating Commission (JNC) for the Ninth Judicial Circuit of Florida, where he served for eight years screening and recommending new judge candidates in Central Florida. In 2017, he was appointed by the Florida Speaker of the House to serve on the Florida Constitution Revision Commission, a historic body which meets only once every 20 years to propose amendments to the state constitution.

In addition to the private practice of law, in 2004 Stemberger became the President of the Florida Family Policy Council (FFPC). Since starting the FFPC he was Chairman of the 2008 campaign to amend Florida’s Constitution to define marriage as the union of one man and one woman which was adopted by 61.9% of Florida voters. He also launched the “Florida Judicial Accountability Project” by filing a federal lawsuit against the Florida Bar and Judicial Qualifications Commission to strike down Florida’s gag order which prohibits judges candidates from addressing issues during their campaigns and created a statewide judicial voter guide.

In 2009, Stemberger’s law firm received international media attention for representing Rifqa Bary, the Muslim teenager from Columbus, Ohio, who fled to Orlando, Florida after she was threatened to be killed by her father for not renouncing her faith after her conversion from Islam to Christianity was discovered.

Most importantly, he has been married to his wife Olivia for twenty-seven years and they have four children Joseph, Benjamin, Hannah, and Rachel. John's son Joseph is a 2019 Freedom Award recipient and his son Benjamin, is First Officer in his local Trail Life USA troop. His daughters Hannah and Rachel are active in a local American Heritage Girls troop.