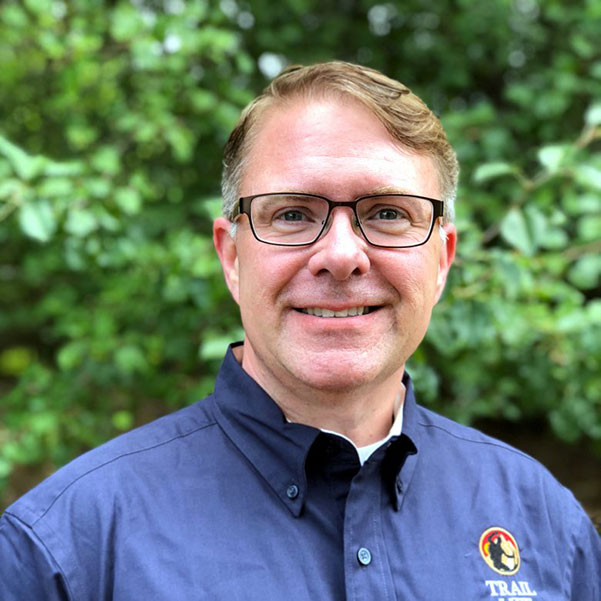 Jeff dedicated his career to serving the public in his home state of North Carolina. Since 1993, Jeff has helped lead large units of local government by serving in such positions as Town Manager, Assistant Superintendent of Schools and County Manager. He holds undergraduate and graduate degrees in public administration and currently serves as the vice chairman of his local board of education. Jeff received national recognition by Fox News for his support of our wounded warriors. And for his commitment to servant leadership, Jeff was named the 2015 Man of the Year in his home community. In January 2017, Jeff transitioned into the field of public utilities and became the CEO of a North Carolina utility authority. Jeff led the initial program team that created the Trail Life USA Woodlands Trail Unit, which serves elementary school-aged Trailmen. He has been ordained as a deacon by his local Southern Baptist church and has been married to his wife, Dr. Angela Hudson since 1995. Together they have a son who enjoyed participating as a trail man and is now on his way to college.