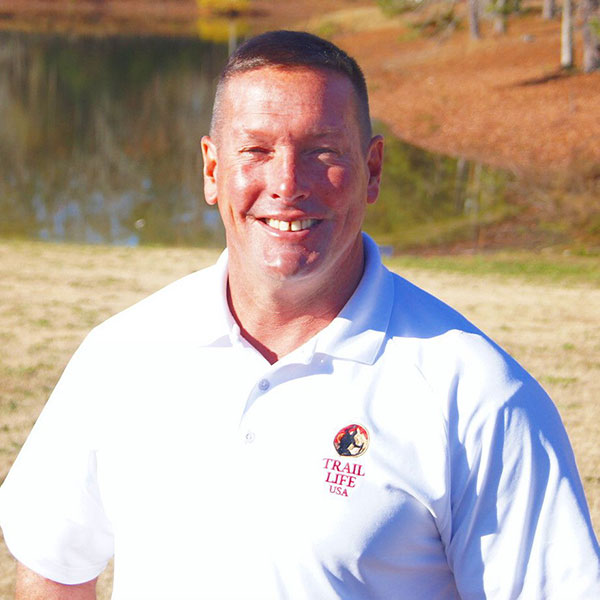 Rob began his career as a Scouting professional in 1993 in West Palm Beach, Florida. For the next twelve years, Rob worked in a variety of managerial positions to help the Gulf Stream Council achieve phenomenal growth in Membership, Fundraising, and Program. During his tenure there, the Council achieved the Quality Council Award for 12 consecutive years. Rob was selected as the Scout Executive/CEO for upstate South Carolina in September 2004, and helped facilitate the Palmetto Council’s turnaround, consistently balancing the budget, growing programs, and achieving Quality Council distinction year after year. In July 2013, Rob became Interim Executive Director for a brand new organization that would soon be called Trail Life USA. Since early 2014, he has primarily developed structures, policies and procedures to equip field personnel (Area Teams) to provide better support to Troops and their Charter Organizations.

Born and raised near Dallas, Texas, Rob then lived in Florida for 25 years prior to moving to South Carolina. He is a graduate of Brown University, dual-majoring in Business Economics and Organizational Behavior & Management. On October 14, 1987, he received Jesus Christ as his Lord and Savior—and has never been the same since! Rob has been married to his wife Kathy since June 1989. They have four grown children; all are faithful followers of Jesus Christ. Rob loves team sports, personal fitness, outdoor adventure, and leading Bible studies and church small groups.